If you have chanced upon a website that looks something like Hacker News, The Drudge, Adult Swim and Bloomberg Businessweek Features, and you are wondering if these sites have been hacked, then you need to update your aesthetics. Apparently, controlled chaos and deliberately difficult UI are the in things in website designing right now.

All the websites named above were built earlier this year or maybe last year, but none before that. Yet they reflect the style of crude hand-coded websites that were the norm of the ’90s. They are indeed built on hand-coded HTML5 platforms. They are heavily inspired by the early ’90s graphics that add a touch of “ugliness” to these websites.

This school of website design is known as Web brutalism. This style was introduced by Pascal Deville. In 2014 he founded the brutalistwebsites.com, a collection of websites and website templates that eschew the much lauded user-friendly and easy to navigate templates that is the norm. Deville is now the Creative Director of Freundliche Grüsse, an ad agency in Zurich. He still creates brutalist designs and has started a global movement.

What are the few traits that define brutalism?

A number of well known websites are going for the “brutal” look and this includes Apple’s 2016 Developer’s Conference website. The defining traits include:

You can check out a few more websites that have gradually adopted brutalist sentiments to reach out to a crowd harking for simplicity and minimalism. 37signals, Serge Khineika and Hacker News have been boisterously showing off their brutal user interface for quite a few months now.

What actually defines the brutalism trend of websites? 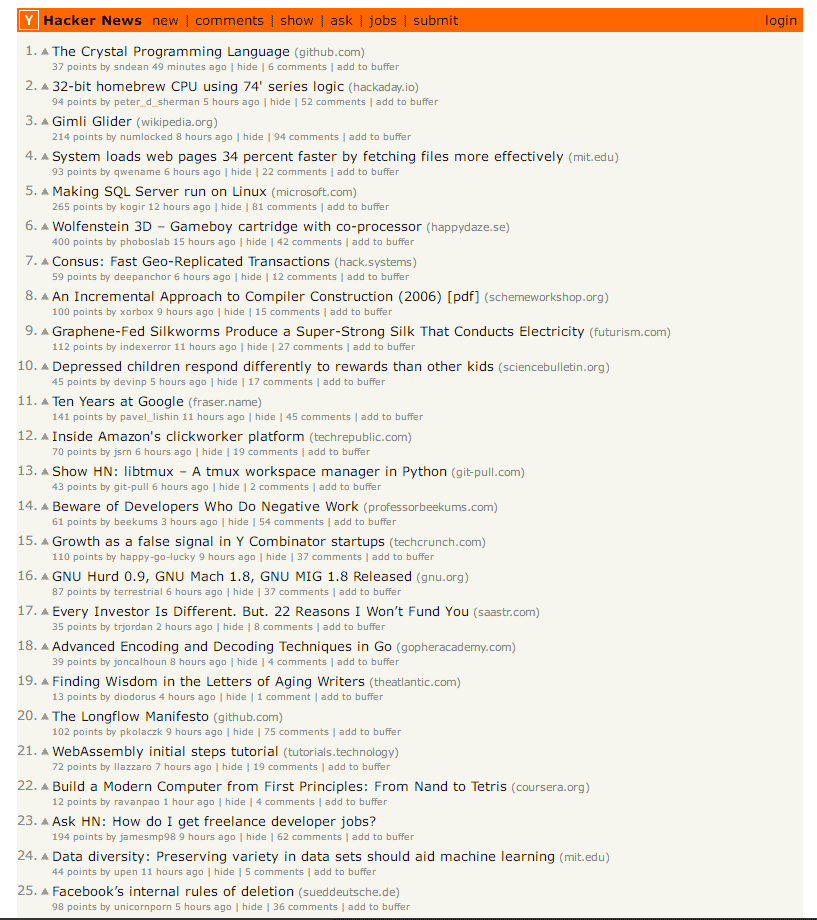 The new templates are characterized by a certain ruggedness and lack of finesse. This term got picked up really fast by the media and a lot of new designers from the younger generation seem to be taken by the idea of a minimal yet chaotic organization of a webpage. Brutalism lies at the very core of a website. It is more about the crude styles and lack of optimization rather than a specific look the websites are set to achieve. Brutalist websites are defined by a set of simple markups and inline styles that do everything possible to keep a website super light and super fast.

Back to the basic fonts and system palettes One particular feature that is common to all brutalist websites is the lack of fancy and comfy fonts. The designers have once again gone back to the caveman days of the internet to dig out Times New Roman and Arial as the main website fonts. The color palette is as minimal as the font option and the system fonts definitely go hand in hand with the color options. In the initial days of website building and designing, coders usually went with the 216 browser safe colors. The brutalist website creators have brought back that raw fervor to their websites using default system colors. You can see a lot of pure green, blue and red in the new era websites. And if the designers need some variety to jazz things up, they can always call upon bevels to save their day!

What about the images?

The brutal features and aesthetics don’t stop here. These websites only feature those images that look and definitely feel like they are from the pre-Instagram and pre-Snapchat era. These images are not touched with any AI or PS. They simply work as accompaniment of minimal text that serves the purpose of the websites.

Breaking the conventions and norms of optimized designs Craiglist is an example of epitome brutal design

The beauty about brutalism is that it does not conform to the perceived notion of organization and beauty. It came from the drive to create something original and that is exactly what it is. The founder of trulybald.com, Jake Tobin was earlier quoted saying, “it is not just how they look. It is also about how these websites are built. These world-class websites are built using HTML5 codes but they are not defined by a set of aesthetic codes.”

What do the big honchos have to say about the new trend?

Nathaniel Smith of tilde.town echoed his sentiments, “we started our website to show that we can do exceptional things together even without sticking to the ‘best practices’ as people know it.”  According to Nathaniel, “People do not have to be ashamed if they do not want to burden their creativity with megabytes of JavaScript and CSS codes just to make their sites look pretty”. He shared his views in an interview with Deville that conveyed to the netigens about the intentions behind the brutalist movement. It is a new initiative to re-introduce minimalism in web that will not slow down crucial websites involved in corporate interests and surveillance. His own website is regenerated every 30 minutes via some Python run by a cron script. Most of the HTML codes are edited with vim or using emac’s tramp mode. Smith is unequivocally partial towards spacemacs while modulating his websites.

Brutalism has been there for at least 60 years now. It is only recently that brave-hearts like Smith, Deville and Tobin have set out to rediscover it. The resurgence of brutalism in 2016 signifies that it is more of a design choice and a personal statement. In one way sticking to the bare minimum is a strong move that shuns everything conventional and publicly lauded as “aesthetically pleasing”. As a result, brutalism has a separate appeal that makes the websites and the designers stand out forever.

Previous Post: Technical Debts: Everything you need to know!