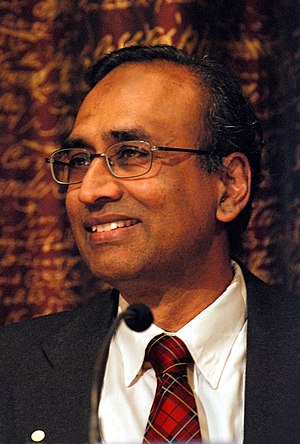 There are 49 billionaires in India.

There are 73 Nobel Laureates in MIT.

I have heard people talking about the quality of education in India. Everyone assumes that it is in poor condition. Then what? Who made this “condition”?

In 2009, V. Ramakrishnan won a chemistry Nobel & he became a superstar.

A few days ago, I read a discussion on Facebook that Chemistry sucked my friends.

Unconditionally, it is the matter of tradition. Indians start co-education very soon & they target for an “Aim” of — Doctor, Engineer, Businessmen, IAS etc. As their education progresses, age passes, they distract from their aim. And at an age of 18-21, their aim reduces to a Job. Permanent or even a Temporary Job. Well Only a Job? Are we born for that?

After 110years of the Nobel Awards (since 1901), Indians had won only 8 Nobel prizes! Out of these 8, 4 were of Indian Descent & lived in foreign countries (mainly USA).

• Venkataraman Ramakrishnan -2009 in Chemistry (US Citizen)

So, this is the condition. Where as I know, these awards are favour proof & are distributed on performance.

If, we assume that India have won 8 Nobel Prizes, then compare it with other countries:

On the floor of truth, the highest level of education degree is Research , i.e., PhD.

Let us look at the status of scientific research and higher science education in relation to what prevails in China and elsewhere. India is now producing around 7000-8000 PhDs per year compared to 17000-18000 by China.

In certain subjects we produce very few PhDs — for example: in Computer Science, India hardly produces 25 PhDs per year spite of the Large number of IT companies and personnel in the Country. India produces around 2% or less of the scientific research in the world and our contribution to the top 1% of world research is less than 1%.

The year 2011, is International year of Chemistry — even my Chemistry Lectures don’t know it. How shameful. This is the situation of teachers, then what of students?

The question arises– “What is responsible for the lack of Scientific Temper in Indian Students?” I don’t know! But I can still make  appeal to students.

Hey guys! Still nothing has gone wrong. We can do what we planned in our childhood. It needs only one thing- the Inspiration. Be inspired… Be Innovative. Let we delight the world.

Next Post: Its a Mystery! – Simulacrum in Eagle Nebula

Get Proven Tricks, VIP resources and freebies directly to your inbox.