Green Technology – Why it is the time to be Green?

What is the Need of Clean Technology? Why Not? There is a desperate need to meet the challenges caused by climate change and environmental degradation. In the past, it was the entrepreneurial spirit that contributed most to the innovations with far-reaching benefits. Besides, scientists from outside the industry innovated technologies

Particle physics is the study of Particles, from what everything is made of. In this section of physics we study the fundamental particles that make up all of matter, and their mutual interaction. Everything around us is made up of these particles, you may say, made up of fundamental building 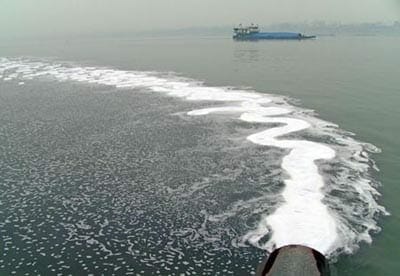 20 Most Endangered Rivers in the World

Well in today’s era where we all are just running to meet our deadlines and progressing at a massive rate, we are forgetting that we are mere tenants on this planet Earth. It is so aching to see natural water bodies dying just because of human intervention and growing industrialization.

Introduction to the Universe

Stars The universe is vast and amazing. There are many millions of trillions of stars in the sky, most of them being bigger than our sun. Stars account for 98% of the matter in a galaxy. The rest of 2% consists of interstellar or galactic gas & dust in a

HTML Codes for Mathematical Symbols and Signs. A tool for Science bloggers

What is it? HTML codes are very important for bloggers and are must for Science bloggers. With the help of it, they can enhance their blog by decorating the articles. Mathematical signs and symbols are extremely important to post a perfect article. Here is a concise list of signs/symbols general

The environment is contaminated in numerous ways. Plastic on the land, sewage in the water, carbon in the air. But not every substance is radioactive and not every pollution is radioactive pollution. There is a category of atoms that try to become a stable isotope from its unstable state. This

Top 5 Chemists Killed or Injured by their Experiments

In science, we look for patterns to discover nature’s laws. What is the pattern common to all spontaneous changes? To find a pattern, it is often best to start with very simple examples, because then the pattern is likely to be more obvious. So let’s think about two simple spontaneous

Get 30% off on all AAWP licenses. A must have for Amazon Affiliates.
Grab deal here