World sees India as an emergent smartphone market with fabulous corporate chances. This may be the reason why Asus, Huawei, Motorola, Lenovo and Xiaomi like companies are aggressively focusing Indian mobile market. On the other hand, Indian companies like Micromax & Karbonn are exponentially increasing their share in Indian mobile market by selling cheap devices and are now threatening the thrones of Samsung & Apple like global companies. Since its start, Micromax largely focused on smartphones of price range ₹ 5000- ₹ 10000 and saw swift growth in sales. Their success appealed other companies to think from a new angle and begin from scratch. 2014 was the year when the smartphone confrontation began. It was the time when Micromax, Karbonn like companies faced the race in low-price range smartphones after the launch of Motorola’s Moto E for just ₹ 6999.  Packed with pk-heading-numbered numerous great specifications Moto E was a huge hit. Overwhelmed by the response, Motorola produced imported more pieces to the country. And now as they have already released next generations of Moto E at the same price, a lot can be expected. In the latter half of 2014, other smartphone makers like Lenovo, Huawei and Xiaomi started landing their models to the Indian market. Xiaomi’s Mi, Lenovo’s A series, Huawei’s Honor devices and not to forget Asus’s Zenfones are competing well to local brands in <10k range. 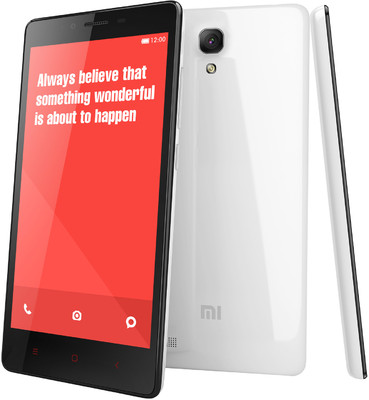 Now the condition is that, you have many options for buying affordable mobile devices within your reach powered by big CPU and GPUs, good RAM and very good cameras. A 5 inch Kitkat smartphone, Huawei’s Honor Holly U-119, with 1GB RAM, 16GB internal storage, 8MP rear/2MP front cameras and very good battery can be bought for just ₹ 6999. Could be unbelievable price-tag, if we asked such features even in 2013.

While Xiaomi’s bestselling Redmi 1s & Note 3G are no longer available for sale. But the next generation Redmi Note 4G can be a great option for big screen lovers. With a 5.5 inch screen, 13MP primary and 5MP secondary camera, 2GB RAM, Redmi Note outnumbers all low-range devices in features. Priced at ₹ 9999, Redmi Note 4G is an extremely valuable device to buy.

Some other smartphones below ₹ 10000 that are extremely worth buying, are:

Gaurav Tiwari is a professional graphic & web designer from New Delhi, India. gauravtiwari.org is his personal space where he writes on blogging, digital marketing, content writing, learning and business growth. Gaurav has contributed in developing more than 325 brands worldwide and while you are reading this, he's busy building a couple more.

5 Kickass Apps Entrepreneurs should definitely use in 2019

Finding a Phone Contract with No Upfront Cost

Get countless Backlinks with Gravatar Profiles

A Yes No Puzzle